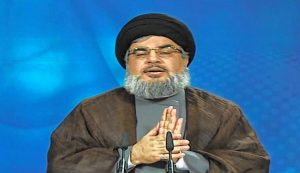 In an excellent article in The Washington Times, UPI’s Shaun Waterman described a “red team” activity in which a security consultant created a false persona on Facebook that appeared to be attractive young woman who was working in cyber defense. She quickly garnered hundreds of friends in the national security community, as well as job offers and invites to conferences. In the process she gathered a great deal of sensitive materials such as inadvertently exposed passwords.

This is not a hypothetical concern – Hezbollah (long a terrorism pioneer) has already employed this strategy. According to the Israeli news site MySay:

The Hizbullah agent pretended she was an Israeli girl named “Reut Zukerman”, “Reut” succeeded during several weeks to engage more then 200 reserve and active personnel.

The Hizbullah agent gained the trust of soldiers and officers that didn’t hesitate to confirm him as a “friend” once they saw he/she is friends with several of their friends from the same unit. Most of them assumed that “Reut” was just another person who served in that elite intelligence unit.

In this way, Hizbullah collected information about the unit’s activity, names and personal details of its personnel, the unit’s slang, and visual information on its bases. This user / agent using Facebook is an example of a trend called fakebook.

The picture attached to “Reut Zukerman” was, of course, an appealing young woman (some tricks are timeless.)

The first concern regarding incidents of this nature is the raw intelligence collected. But more than the data, it creates opportunities to gather even more data. 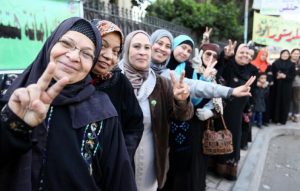 While the Palestinians are united by their desire to destroy Israel and drive all Jews from the Middle East, they are divided by religion. Although most (except for three percent who are Christians) are Moslem, they are at odds over what kind of Islam should be practiced. Many, if not most, Palestinians in Gaza (where 1.5 million live) favor Islamic conservatism, and making religion the center of people’s lives and forcing all Palestinians to comply with Islamic law (Sharia). But in the West Bank (where 2.5 million live), the trend is definitely in favor of education (always popular among Palestinians) and moving away from destructive practices (religious conservatism and Islamic terrorism). This is actually still a contentious issue in the West Bank, where the ruling Fatah party has long been known for corruption more than any kind of reform. But the Prime Minister of the Palestinian Authority (a Fatah man) has been talking up more education, and critical thinking (something that could get you killed in Iran).

Some Arab leaders go even further. Three years ago, at a meeting of the Arab League, the king of Saudi Arabia told the assembled rulers that the biggest problem in the Arab world was poor leadership. This was a bold statement, but not unusual for the senior people in the Saudi government. These princes have also been supporting the Arab Reform Movement, which is based on the idea that most of the Arab world’s problems are internal, not the result of outside interference. Actually, most educated Arabs will readily admit that their leaders have been less than stellar, and largely responsible for the corruption and bad decisions that have put the Arab world so far behind the West, and every other region, except Africa, when it comes to economic growth.

But knowing and admitting to the problem does not solve it. The United States found that out after Saddam Hussein’s Baath Party dictatorship was overthrown. Iraqis eagerly embraced democracy, only to find that the people they elected, were not a big improvement over Saddam. Some of Iraq’s new leaders backed terrorists. This was especially true of Iran backed Shia factions, which unleashed death squads, that killed thousands of Sunni Arabs, four years ago. Some of the Sunni Arab leaders supported terrorists who targeted Shias. And then there was the corruption, with billions of dollars of government money missing.

This incompetence is also, as the Saudi king likes to point out, the cause of the Islamic terrorism that is growing in the Islamic world. Indeed, these terrorists only began attacking kafirs (non-Moslems) in the 1990s when they realized Islamic terrorists were getting shut down in Arab countries. In Egypt, Syria and Algeria, Islamic radical attempts to toss out corrupt governments all failed. While Arab leadership may suck, these guys have certainly mastered the art of running a police state.

But attacking non-Moslems, outside of the Moslem world, brought into play the Western media. This was important, because the Western media now had 24 hour, world-wide (via satellite) outlets. All the people that mattered could now see what the Islamic terrorists did. Before, terror attacks inside Arab countries were largely ignored by the rest of the world. The publicity was important, because there were millions of Arabs living in the West. These people were making more money than they were back home, and that’s one reason they moved. Fed up with the corrupt and incompetent leadership back home, they moved. This Arab Diaspora provided a refuge for Islamic militants. Another benefit was the appearance of Arab language satellite news services in the 1990s. Terrorist movements thrived on publicity, and the more news channels there were out there, the more attention terrorist attacks would get.

All that terrorism is a sign that some Arabs are very unhappy. For decades, the powers-that-be refused to acknowledge why the kids were pissed off. Thanks to all those suicide bombs and breathless news reports, the family secret was out there for the entire world to see. No, not the al Qaeda “the West is making war on Islam,” canard, but an earlier al Qaeda call to overthrow the corrupt leaders of the Arab countries. Al Qaeda has to come up with the “war on Islam” angle to justify September 11, 2001, and earlier attacks. But the root cause is bad leadership at home.

So when the king of Saudi Arabia tells the assembled Arab leadership that they are the problem, you can take that as a sign of progress. But real progress it ain’t. Arab leaders are victims of their own success. Their rule is based on corruption and police state tactics. Think East Europe before 1989. Big difference is that, although the populations of East Europe then, and the Arab world now, were both fed up with their leaders and governments, the Arabs are not willing to make as painless a switch as the East Europeans did in the 1990s. That’s because the East Europeans had two choices; communism or democracy. The Arabs have three; despotism, democracy or Islamic dictatorship.

In Iraq we see how the Islamic radicals react to democracy. They call it un-Islamic and kill those who disagree with them. The Arabs have to deal with this, and in Iraq they are. But the violence in Iraq has revealed another Arab problem. Even if you remove religion from the equation, not all Arabs are keen on democracy. In Iraq, the Sunni Arab minority believe it is their right (or responsibility) to run the country. This is a common pattern in Arab countries. One minority believes they are rulers by right, and that democracy is an abomination and un-Islamic (or at least inconvenient for the ruling minority). This is the pattern in nearly every Arab country.

But there is hope. One of the least known members of the Arab League, Mauritania, held elections three years ago and now have the only other, besides Iraq, freely elected democratic government. The divisions in Mauritania, with a population of less than four million, are between the Arab (about a third) and “former slaves” (black Africans from the south). Mauritania exists on the border between Arabs and Bantu (the ethnic group that predominates in Africa south of the Sahara). Blacks were the slaves, and slavery was formerly abolished only in 1981. But slavery still exists in Mauritania, but so does democracy. Like South Africa, and a lot of other places where “democracy won’t work,” it does. Not democracy like in the United States, or Europe, or anywhere else. Every democracy is different, just like every culture is different. Democracy is a messy, inefficient form of government, but compared to all the others, it tends to be preferred by most people.

Arabs, even Arab leaders, know they need democracy. They have tried everything else, and nothing else works. But democracy is strong medicine for the current Arab leadership, and many would rather just talk about it, and go no further. And that is the problem in the Arab world. Islamic terrorism is the result.